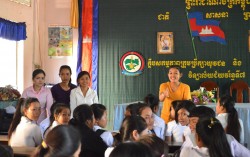 In the morning of 11 January 2016, around 80 students gathered in one room at Jayavarman VII high School at Kean Svay district, Kandal province, to listen and get knowledge about “Concept of Gender and Domestic Violence in Cambodia” from Young Women Activists. Young Women Activists widely known as “YWA”, a young women network which […] 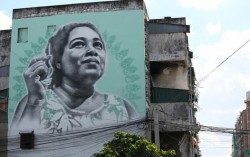 The groups of civil society which working on women rights and women empowerment released the joint statement in Khmer Language which showed deeply disappointed that the Phnom Penh Municipal hall decided to remove the mural of woman on 16 Dec, 2015 and call for Cambodian government to reconsider the decisions and release letter to apologize […] 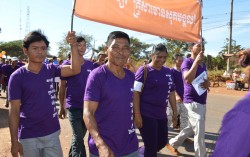 The 16 Days of Activism Against Gender-Based Violence is an international campaign which takes place each year and runs from 25 November (International Day for the Elimination of Violence against Women) to 10 December (Human Rights Day), also encompassing other important key dates. Widely known as the ’16 Days Campaign’, it is used as an […] 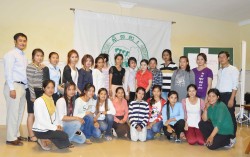 Women issues had discussed in the consultative workshop under the topic of “Gender CEDAW and Domestic Violence” from 17 to 18 November, and joined by a group of young women activists which knew as YWA from diversity amongst of 3 provinces such as Kandal, Kompong Chnang and Kratie province. This consultative workshop aims to create […] 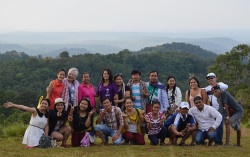 Staff Annual Retreat 2015 of SILAKA and Committee to Promote Women in Politics which called CPWP was held at Modolkiri province of Cambodia started from 23 to 26 October 2015. At the first day of this meeting, we spent around 9 hours for travelling to the province that mentioned above. While we were travelling, we […]