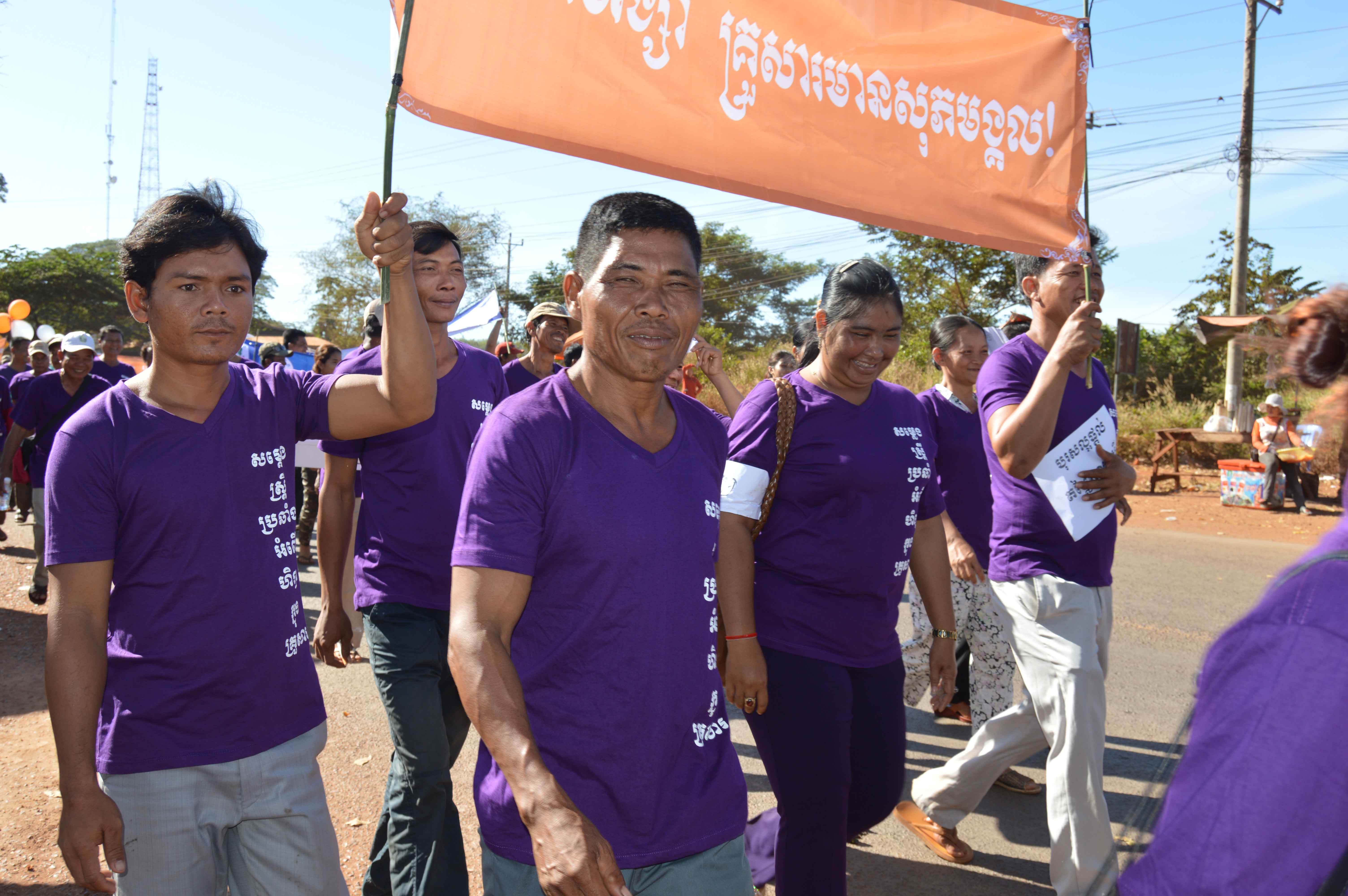 A march of 16 Days Campaign at Snoul district, Kratie province

The 16 Days of Activism Against Gender-Based Violence is an international campaign which takes place each year and runs from 25 November (International Day for the Elimination of Violence against Women) to 10 December (Human Rights Day), also encompassing other important key dates.

In support of this civil society initiative, each year, the United Nations Secretary-General’s Campaign UNiTE to End Violence against Women calls for global action to increase worldwide awareness and create opportunities for discussion about challenges and solutions.

SILAKA conducted the 16 Campaign in purposes to increase awareness of women rights and to End Violence; to disseminate the bad impacts of violence to Cambodian citizens in local and city; and to build capacity among of young women activists in each provinces on how to run peaceful campaign.

To conduct the 16 campaign, SILAKA leads two projects, one which called WLSN “Women Leander at Sub-National Level in Cambodia” funded by UN Women and other one called WOV “Women Voice Against Violence” funded by OXFAM.

Notice that the year 2015 marks the 20-year anniversary of the Beijing Declaration and Platform for Action, the most progressive road map to gender equality; in March at the United Nations 59th Commission on the Status of Women and in September at the 70th General Assembly to take stock of the progress made and commit to take action to close the gaps that are holding women and girls back; and this year a new Sustainable Development agenda, which for the first time includes specific targets and indicators on ending violence against women, also replaced the Millennium Development Goals.