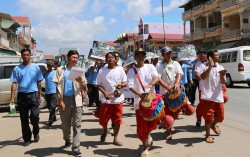 Kandal (May 31, 2016)-Over two hundred participants joined the public campaign to promote awareness of public procurement at sub-national level which conducted at two different dates and places in Kandal province on May 30, 2016 at Preah Pot Andaet pagoda, Takmoa Town, and May 31, 2016 at Kein Svay district hall. The public campaign is […] 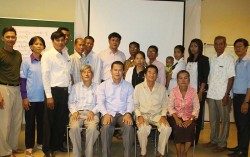 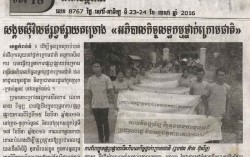 Kompong Thom province – To reduce corruption at sub-national level, SILAKA conduced the campaign of strengthening procurement system at the sub-national level to local authorities and citizens in 5 districs/cities at Kompong Thom province. Mr. Chay Pitou, Project Manager of SILAKA, said at the campaign on 15 March, 2016 in 4 districts/cities and in Son […]