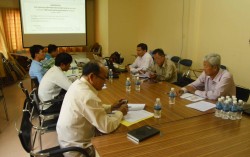 SILAKA is the local organization in Cambodia, is a sub-committee and the leading agency of the capacity development to promote women in politics at sub-national and national, released a documentary titled “Empowering Young Women in Cambodia”. This video talks about the objectives, activities and outcomes of a project named “Empowerment, Advancement of Young Feminist Movement”, […] 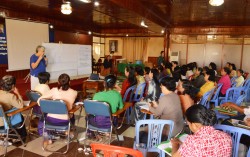 The third training to female councilors of five provinces

Kratie Province- Starting from 14 to 16 March, 2016, SILAKA conducted a training, which funded by GIZ, under the theme of “Strengthen the Capacity to Participate in Discussion” at Ly Cheu hotel. There were around 55 participants, district and provincial councilors, from 5 different provinces such as Kratie, Modolkiri, Rotanakiri, Stung Treng and Thbong Khmom. […] 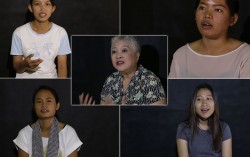 A video clip “Women No Barrier”

On the 105th International Women Day 2016, the Committee to Promote Women in Politics (CPWP) released a video, that titled “Women No Barrier”. The video produced to publicly demonstrate about women’s movement, women’s decision-making and women empowerment in the 21st century. Despite women face many obstacles and​ are subjected to contempt, women still play as […] 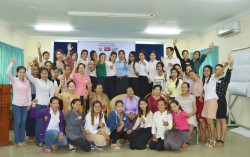 Young Women activists and Women leaders at sub-national level from different provinces, Kompong Thom, Kompong Chnang, Kratie and Kandal, joined annual meeting of the project Women Voice Against Domestic Violence which called in short WOV, on 23 February, 2016 at Pre-School Teacher Training Center. This meeting conducted a full day in the purposes to create […]