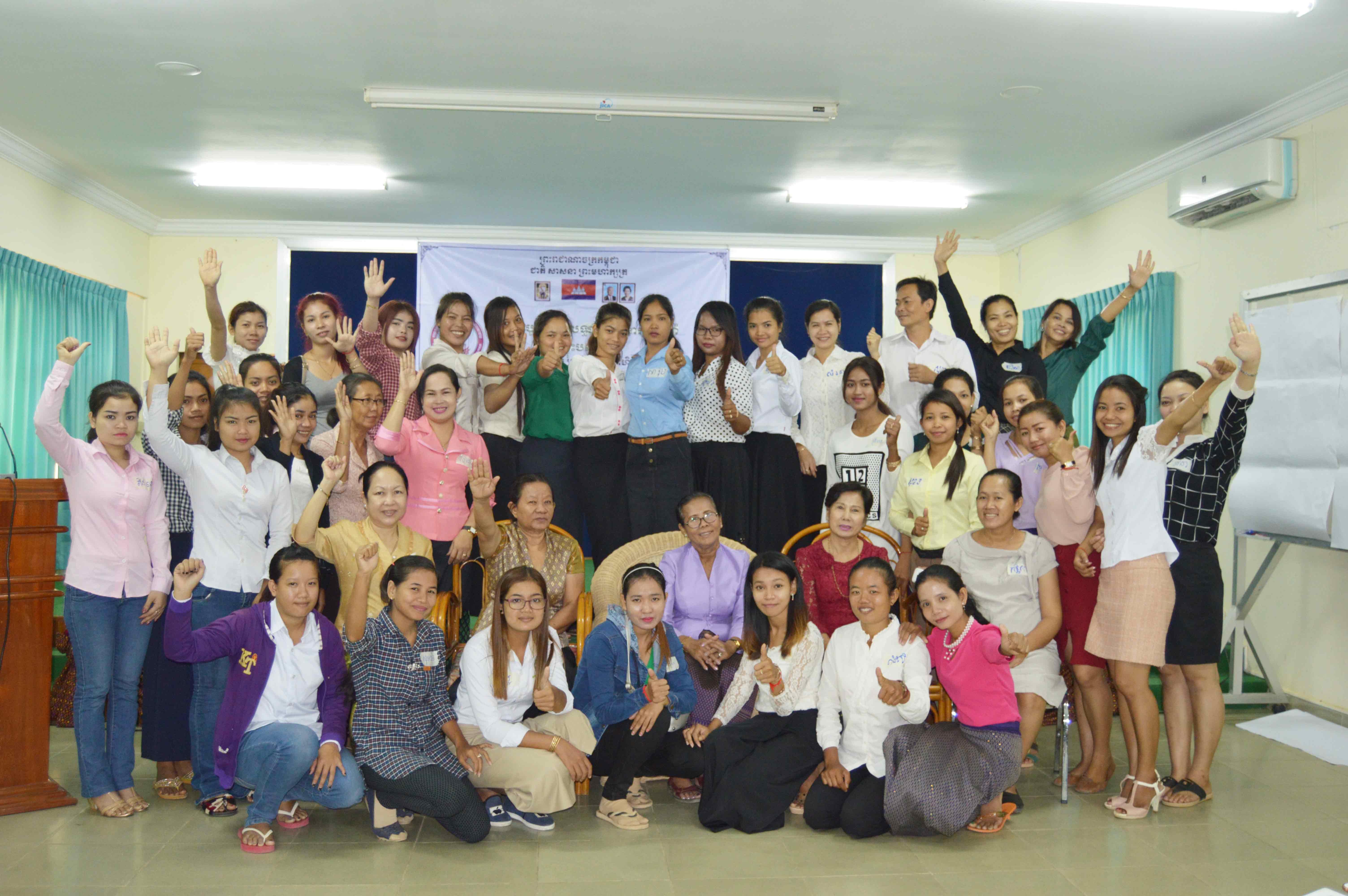 Solidarity Photo in the annual meeting

This meeting conducted a full day in the purposes to create a peaceful space for the young women and the women leaders make reflection on challenges and opportunities since started project, to share experiences and to maintain the network amongst the project targeted areas.

“Since late 2013 to 2015, my team got supporting from project EAM which implemented by SILAKA. But now we can develop activity plan, manage our team members and implement our activities” said by Ms. Chern SoKhorn, a Team Leader of young women activists in Kompong Thom province. She added that “Relating to the budget, my team has decided to donate our own money 1,000 riels each person per month, and we also have some charitable person who always donate their money but not much”.

Ms. Meas Sreyleak, a Team Leader of young women activist in Kompong Chnang province said “Our team have many challenges because the network [young women activists] is new and some chiefs of village and commune are still not understanding about the network. But we always get facilitating from women leaders in local to conduct our activity”.

In March 2016, the project will be ended, Ms. Sreyleak added that “Currently, members are making decision to donate our own money 1,000 riels each person per month to any expenditure when necessary.”

H.E Ms. Noun Neardey, Member of Kandal Provincial Council motivates young women to strengthen their capacity and be brave enough in order to develop their communities “I am very appreciated that the young women’s activities nowadays. I hope that the young women are good next generation to be successors”.

Notice that the late November 2015, Cambodian government puts the commitment to invest on Gender Equality in order to achieve SDG goals in 2030.

The project of Women’s Voices Against Domestic Violence, starting from May 2015 to March 2016, implemented by SILAKA and funded by OXFAM GB. This project covers 3 districts in 3 provinces of kingdom of Cambodia, Roleaphear district of Kompong Chnang province, Snoul district of Kratie province and Kean Svay district of Kandal province.