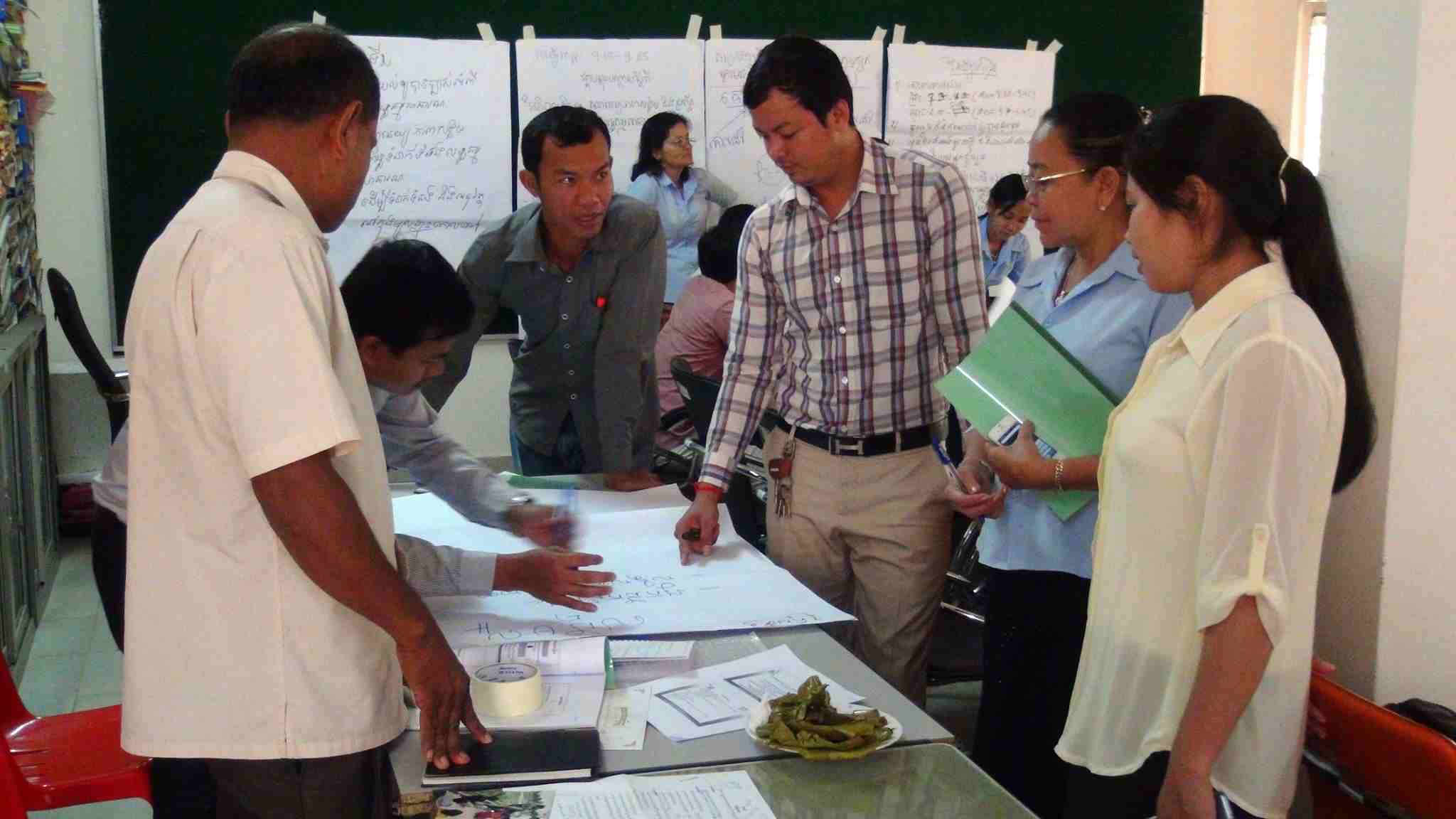 Trainees are discussing on group presentation

The overall objectives for the 3 days training, the participants got knowledge of fundamental good governance and social accountability in order to develop and support the community groups on monitoring procurement process that will expand into the remaining districts in Kg. Thom province.

The training was honorable opening by Mr. Lorng Kosorng, the Director of Administration of Kg. Thom provincial hall and joined by officials of Planning Investment Division (PID) and members from the Supporting Committee of Commune and Sangkat in Kg. Thom province.

This training is supported by the project of Strengthening Procurement System at the Sub-national level which called in short as SPSL, that is implementing by SILAKA funded by Center for International Private Enterprise (CIPE). This year is the fourth phase of project that starting from March 2015 to June 2016.

The fourth phase of SPSL project is currently aimed to add the remaining three districts such as Sondan, Baray and Brasat Sombo, after succeeded in five districts including Steung Sen, Kompong Svay, Brasat Balong, Sontuk and Stong, and stepping toward to Kandal province.

The SPSL project established in 2012 with main purposes to building capacity of local institutions to effectively monitor provincial public procurement and to document irregularities for improvement.