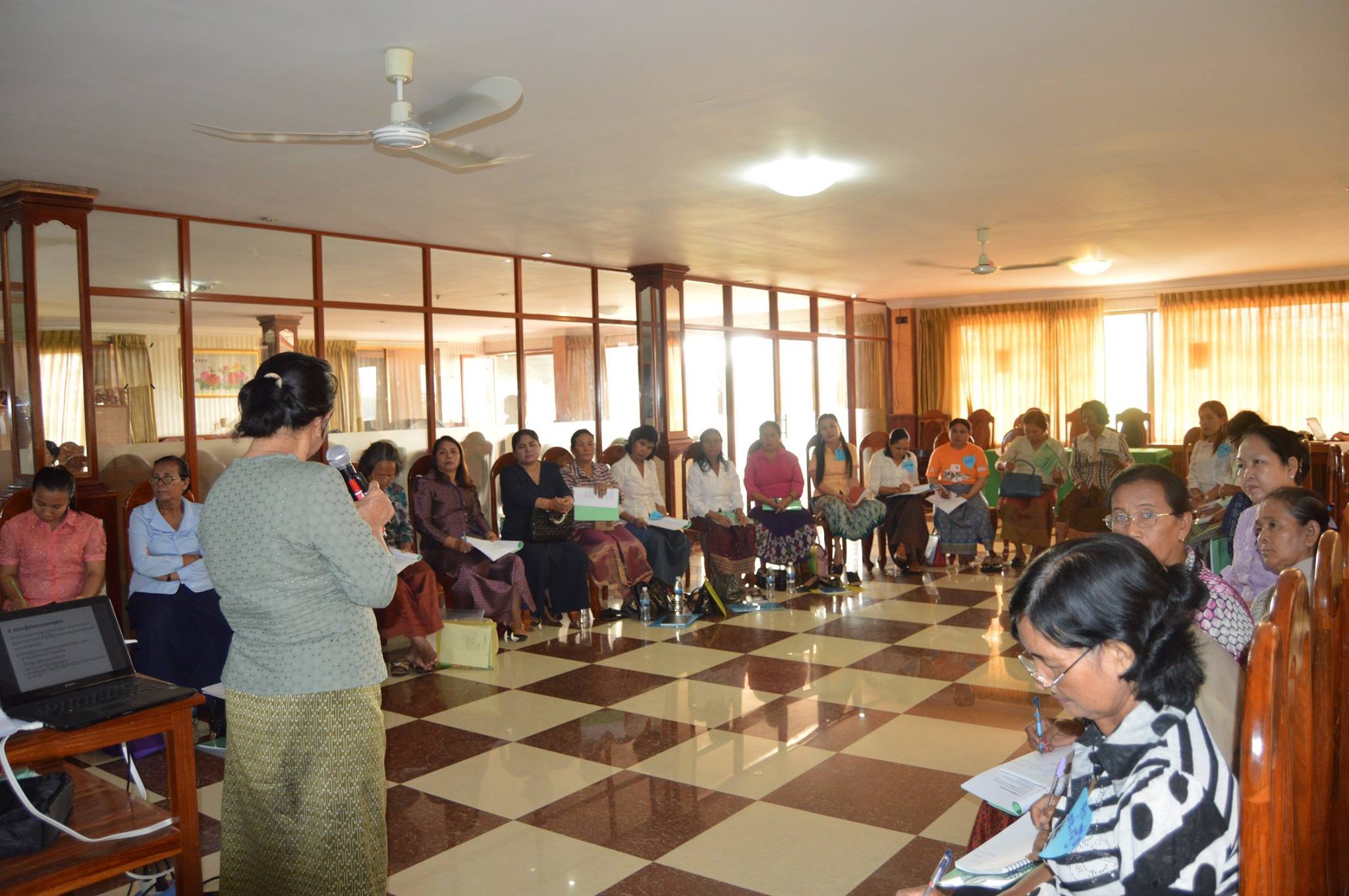 Ms. Sovanny Hong, Trainer of SILAKA is standing to explain the lesson to female councilors

Starting from 13 to 15 January 2016, around 56 female councilors at sub-national level from 5 provinces including Kratie, Modolkiri, Rotanakiri, Stung Treng and Thbong Khmom, joined the consultative workshop under the theme of “Advocacy and Public Speaking” at Ly Cheu hotel in Kratie province.

This workshop aims to set up a peaceful space to share experiences and raise up the challenges of female councilors; to specialize in advocacy and public speaking in order to build and strengthen women councilors’ capacity to become a good speaker in public and be a skillful advocator.

This is the second workshop among of three that SILAKA is the one of 5 local NGOs (SILAKA, Star Kampuchea, GAD/C, VBNK and API) in Cambodia is implementing in order to promote good governance and social accountability at sub-national level.

The three consultative workshops covered by EU SPACE program which funded by GIZ, Co-organized by NCDD and MOWA.