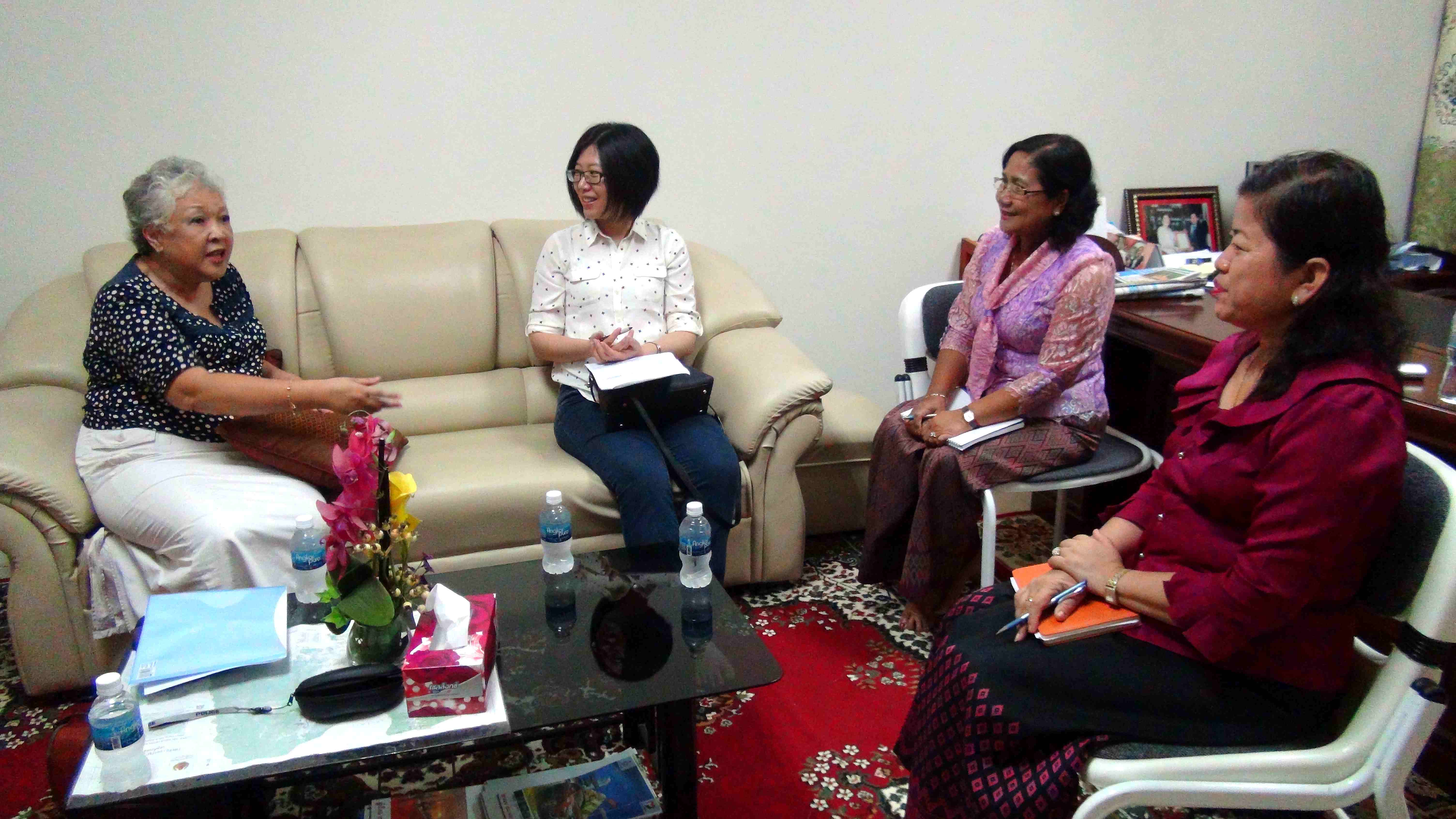 Ms. Thida Khus, Executive Director of SILAKA, Mr. Chhay Pitou, Project Manager of SILAKA and Ms. Catherine Tai, Program Officer for Asia of CIPE traveled to Kampong Thom Province to monitor the progress of a project focused on improving transparency in the public procurement process at the local level.

The officials all agreed that the project has not only improved transparency but also encouraged citizen participation in public affairs. The districts targeted by the project have demonstrated stronger engagement by citizens, including higher attendance rates in government-organized dialogue.

The Provincial Investment and Development deputy director shared data showing that competitive contract awards are 50 percent cheaper than before the project started due to improved competition and reduced opportunities for collusion and corruption.

Mr. Chhou Soun, Commune Chief of San Kor confirmed and noted that the savings enable them to do more public work projects for the benefit of citizens and local firms.

This year is the fourth phase of project starting from March 2015 to June 2016, aims to add the remaining three districts such as Sondan, Baray and Brasat Sombo, after succeeded in five districts including Steung Sen, Kompong Svay, Brasat Balong, Sontuk and Stung, and currently stepping toward to Kandal province.

The SPSL project established in 2012 with main purposes to building capacity of local institutions to effectively monitor provincial public procurement and to document irregularities for improvement, which funded by CIPE.