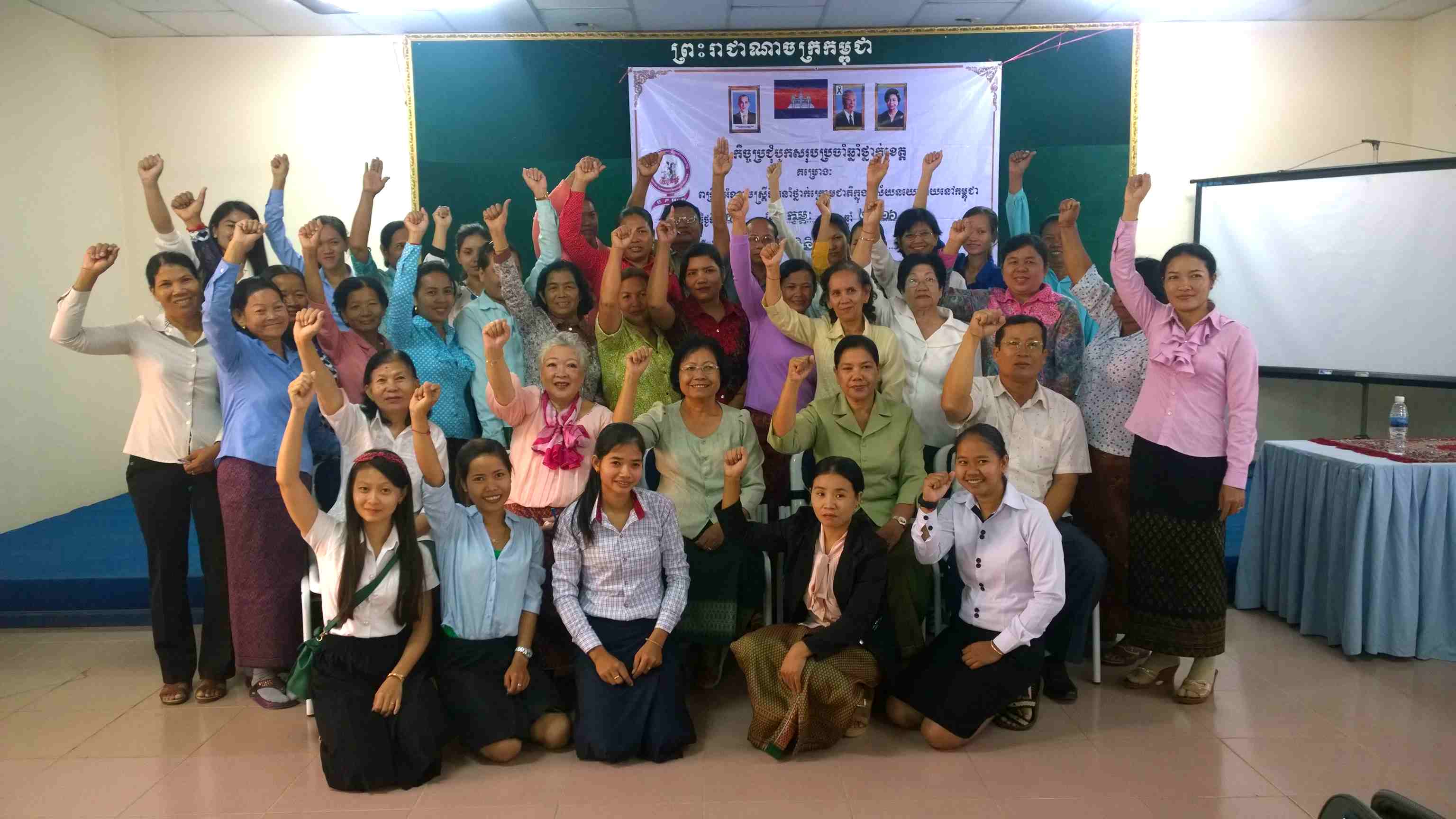 The annual meeting aims to show project results for 3 years ago, to plan next activities for finding technical support and budget to continue the activities after project finish and to advocate leaders as men in women’s decision-making.

Takeo province is the one among six targeted provinces in the kingdom of Cambodia, that project is implementing in Daun Keo city, Samrong district and Tramkok district.

This year is final year since 2013 to 2016, as the summary results such as build women leaders capacity to be skillful negotiation, advocacy, campaign and meeting management, and public speaking, provide opportunities to young women build capacity in facilitation skill, build networking, public speaking in order to work most effectively with women leaders at sub-national level.

Women as leaders at local still have challenges to work and develop their local, even though their capacity are improved, men as leaders seem not accepting women capacity.

SILAKA is the leading agency of the capacity development sub-committee of the Committee to Promote Women in Politics (CPWP).