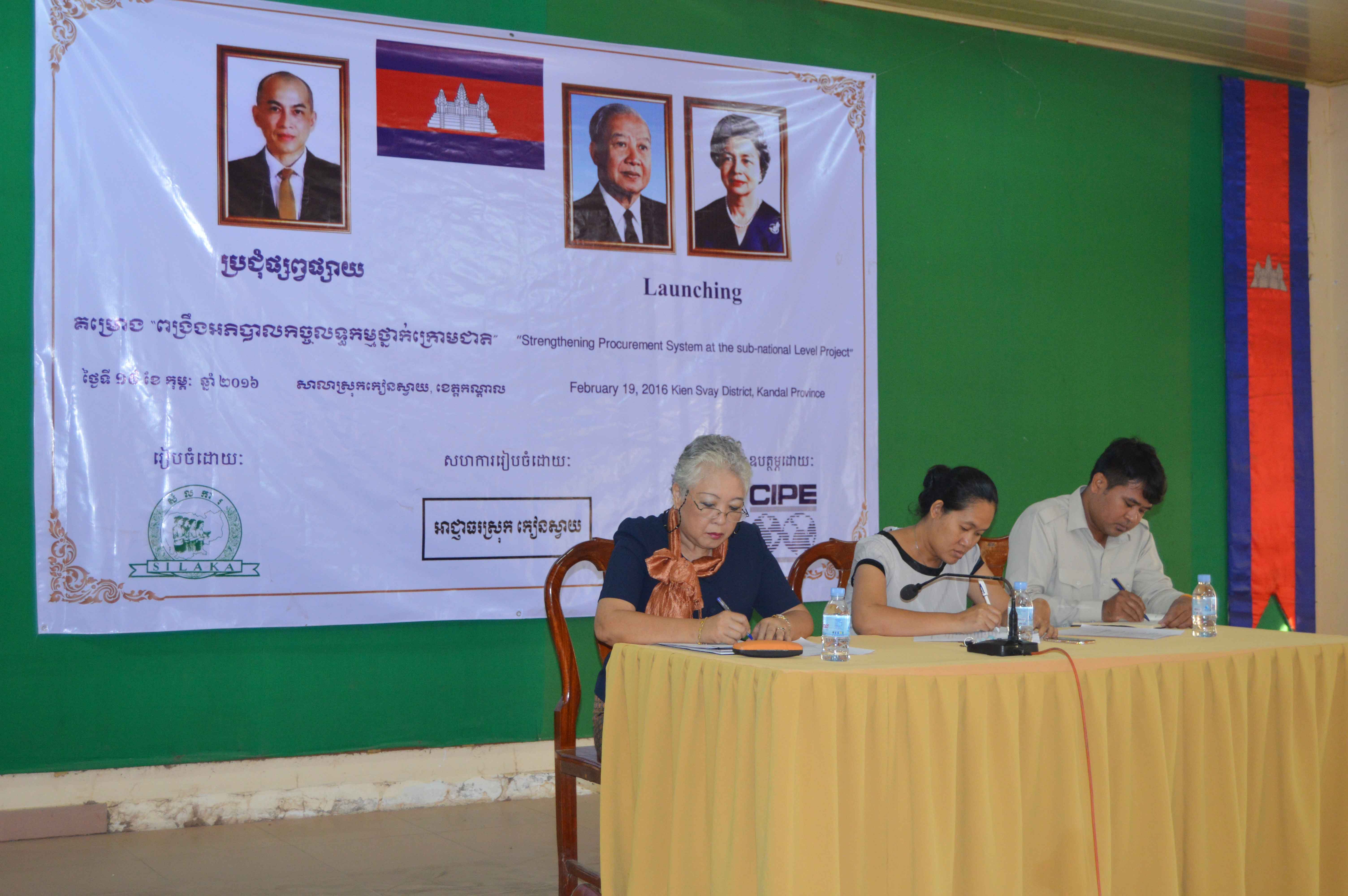 Around 45 people from different sectors such as, officials from Kean Svay district and NGO partners, and local citizens.

The launching aims to disseminate the main objectives of SPSL project to shareholders and local citizens, and open to applicants who are interested to become members of Joint Procurement Monitoring Committee (JPMC) in Kean Svay district, Kandal province.

In opening remark, Ms. Thida Khus, the Executive Director of SILAKA said “in Kompong Thom province, The Provincial Investment and Development Director showing that the competitive contract awards is 50 percent cheaper than before the project started and that is due to the competition has been improved and the opportunities for collusion and corruption have been reduced”.

The project of Strengthening Procurement System at the Sub-National implemented by SILAKA which funded by CIPE.